During 2017 quite a few new institutions have joined the EBP initiative, allowing a large increase in the area covered by the project, particularly towards the east and southeast. To be able to properly show these new areas in the  EBP viewer, a complete redesingn of its maps has taken place during the last months. The results will be shown to the public in late 2017, once the data from 2016 is uploaded and the new version of the EBP viewer is launched. 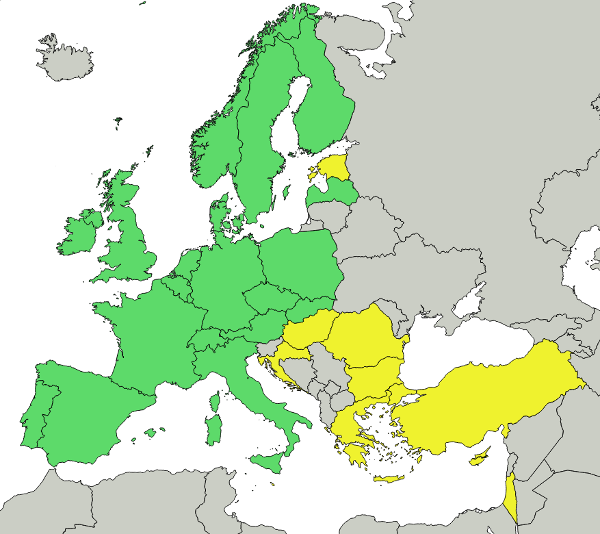 The new EBP viewer has been redesigned to properly show the new areas covered by the project (countries shown in yellow).