The EBP increases its geographic coverage

Action A7, which is aimed at increasing the geographical coverage of the EBP, particularly, by adding countries situated on the eastern migratory flyways, is advancing very well.

During the last months most of this Action target countries have already joined the project. Namely, Bulgaria, Croatia, Estonia, Greece, Hungary and Romania.

Note, however, that the data provided by these new partners will only be shown in the EBP viewer in late summer, once the viewer is updated with the data for the period 2010-2016 and the maps redesigned to properly show the new geographic coverage. 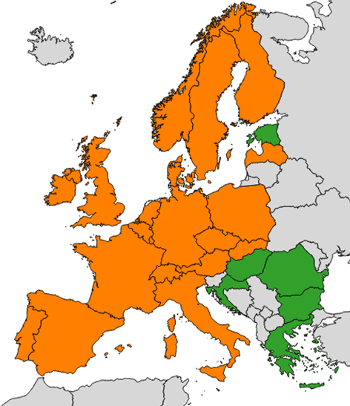 The new EBP partners (countries in green) will greatly improve the geographic coverage of the EBP project.