The 12th EBP meeting took place in Évora, Portugal, on April 12-13th 2018. A total of 19 persons from 11 different countries attended the event this time. 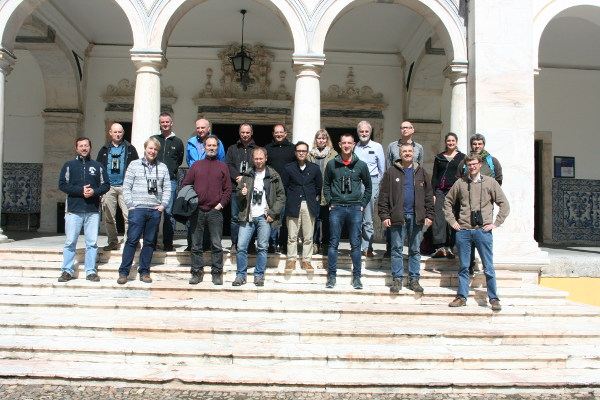 The attendants of the 12th EBP meeting at the University of Évora, Portugal

After starting with the connectivity with BirdTrack and ornitho, now the second step of Action A6 (i.e. implementing the automatic data flow mechanism for around a further 10 online systems or, at least, the equivalent of more than 80% of all data collected by the EBP partnership) will start. Due to budget and time limitations, the priority now would be to connect those systems/partners already in the partnership when the LIFE project started (the main target of this Action) and those operating in more than one country.

The overal progress of the LIFE EBP project  and the potential outputs of the project that could be of interest for the European Commission were other important issues discussed in the meeting. 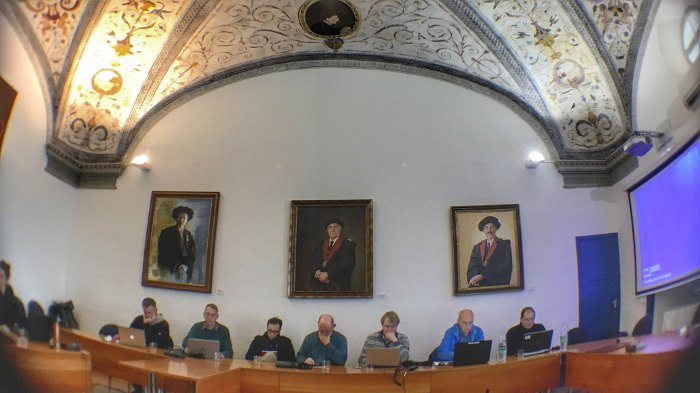 The Senate room at the University of Évora, a fantastic location for the EBP meeting

Just before the general EBP meeting, on April 12th in the morning, 9 persons participated in the third meeting of the LIFE EBP coordination team. 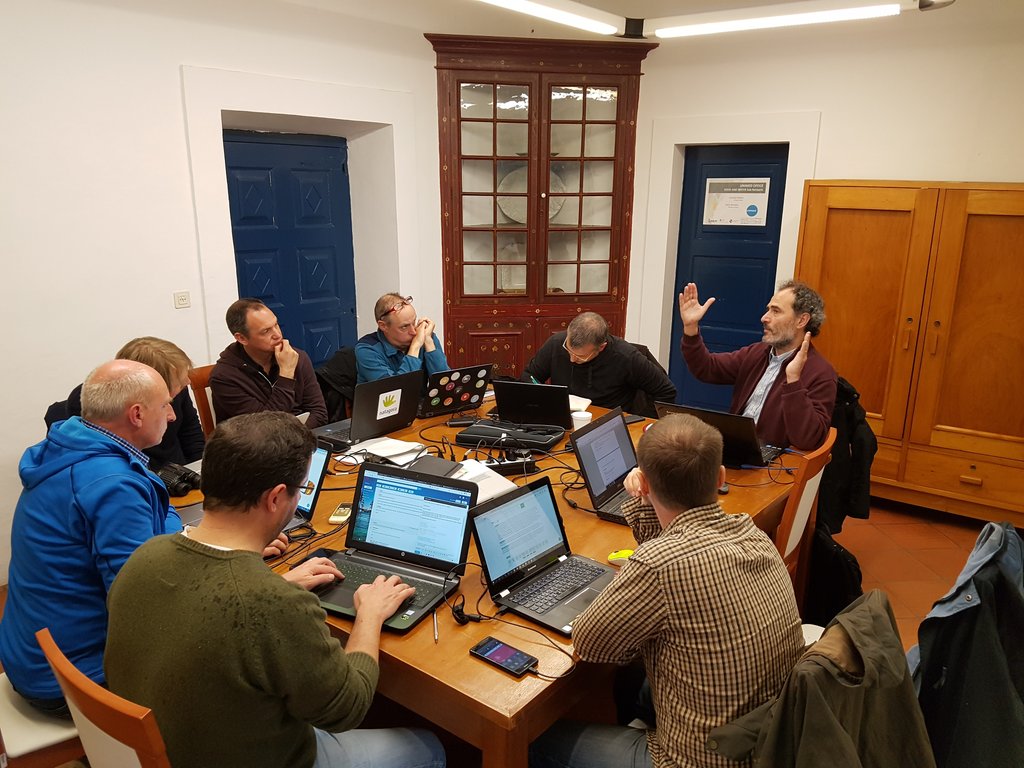 The attendants of the third LIFE EBP coordination meeting