The data from 2014 has been uploaded to the EBP demo viewer, notably increasing the number of distributional maps that are depicted. With this update, now the viewer allows free access to animated weekly distributional maps of a total of 50 different bird species for five years (2010-2014). With several map types available, this means that more than 2.6 million different animated map combinations are available to choose from. 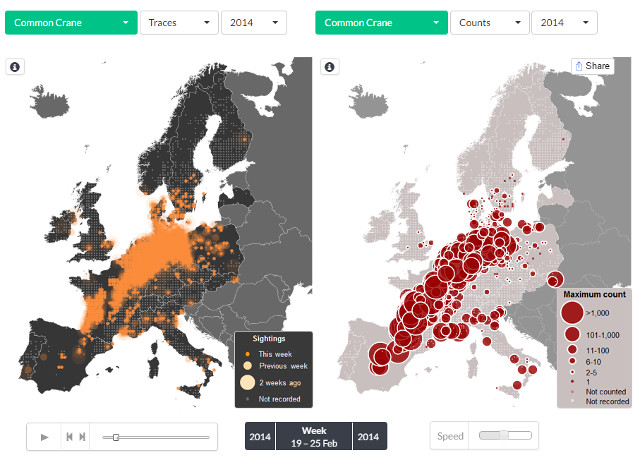 Millions of animated map combinations like this are available in the EBP viewer.